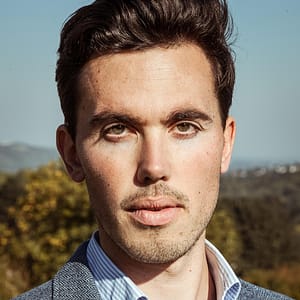 How we can drink the very essence of trees.

March is the month were most trees from temperate to boreal Europe and North America wake up from their hibernation. While the temperatures are oscillating above and below zero the trees are equally alternating between thawing and freezing. Fantastically this temperature rollercoaster initiates the process of spring awakening for some deciduous species.

Acting much like a beating heart it creates a difference in pressure inside the trunk, generating the suction needed to pump water from the soil up into the crown. Absorbed through the roots the water is then circulated via the sapwood[i]highway. Lying somewhat deeper in the trunks woody part its tube permeated structure lets the water flow higher and higher until it reaches the tips of the utmost branches. Once there it flows back down through the living outer part of the tree[ii], the so called “phloem”, absorbing copious amount of nutrients along the way. Having been deposited there by the previous season’s photosynthesis those nutrients contain a host of vitamins, amino acids, minerals, proteins, antioxidants and sugars.[iii]
It’s those very substances that make this enriched water not only highly important to the tree but also extremely interesting to us humans. Particularly the sugary part thereof has attracted humans for millennia.

When we tap into the trees water cycle by either cutting a branch or by carefully drilling a hole in the trunk we are able to harvest the very essence of a tree, one drop at a time.

The most famous representative of these sweet water giving trees is thereby doubtlessly the sugar maple whose boiled down sap is world renowned. I am of course talking about maple syrup. Harvested and condensed every spring in northeastern North America, it’s variously shapped bottles filled with a delicious amber colored syrup can be found in many shops worldwide. Its varied flavor profile can include everything from delicate milk chocolate and fruity aromas to roasted dark coffee notes. The particular notes are thereby not only dependent on the technic used to reduce the syrup but also in which time of the season the sap was harvest. Early season maple syrup for example tastes much more delicate and finer than one harvested late in the season.

Yet there is also a less known tree that is cherished in north and eastern Europe for its spring sap. The highly adaptive birch tree. Growing in nearly every environment, from dry and gravelly soils, to loamy water-logged ones, its sweet water is, in my opinion, one of the best tasting ones. When comparing the birches taste to the one of its famous cousins it similarly offers a refreshing sweetness with a hint of grassy greenness but misses the somewhat cardboardy aftertaste. Once boiled down to a syrup I however prefer the tastes of the sugar maple.

Besides syrup there are also other food products that can be made from birch and maple sap. Drinking it as is has become somewhat of a trend in the last years, as more bottled and caned products often named “Maple Water” or “Birch Water” can be seen in stores.
But tree sap can be also completely dehydrated to form crystalline sugars.
It can be also used to make an excellent, delicate tasting sorbet. See my short video on how easy this can be done.

While researching for my “Flavor of Wood” book I learned that there are also other deciduous tree species out there that can be taped. Examples that I found were Black Walnut, Elms and Linden trees as well as Hickory.

I would love to know what their sap tastes like. So, if anyone of you has had the chance to try them, or has access to some please let me know. You can reach me on Instagram under @artur_cisar_erlach & @flavorofwood or by using the hashtag #flavorofwood.

Any new tree sap related flavor discoveries will be shared on this blog.